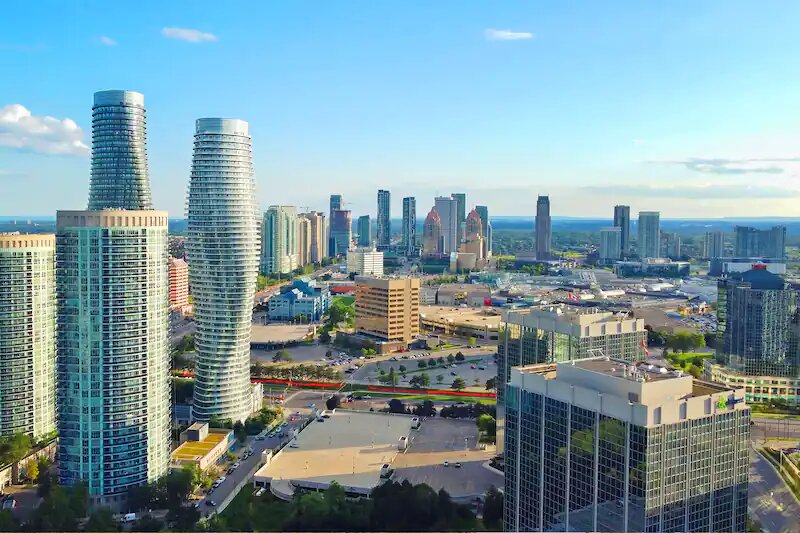 Mississauga, situated to the west of downtown Toronto, is the second-most populous city in the Greater Toronto Area, after Toronto itself, with a population of ~720,000. Mississauga’s proximity to Toronto is a big factor in its growth. Mississauga began to experience large growth during the latter half of the 20th century, attracting a large multicultural population and developing a large commercial district. This growth continues until today. Mississauga is home to Toronto Pearson International Airport and is the headquarters of many Canadian and multinational corporations, such as Bell Mobility, Maple Leaf Foods, IMAX Corporation, and many more. In factm over 60 of the Fortune 500 corporations base their global or Canadian head offices in Mississauga. Mississauga is home to the University of Toronto Mississauga campus. Mississauga’s primary and secondary schools are served by the Peel District School Board, the Dufferin-Peel Catholic District School Board, and the French-first Catholic School Board.

Prepsmart Tutoring offers in-person and online tutoring in Mississauga, to make our programs as accessible as possible. Our online program is seamless and our instructors are equipped with the technology tools to make the lessons highly engaging. Lessons take place on Zoom or Google Hangouts.

Our in-person tutoring consists of instructors traveling directly to our clients and students, providing a seamless experience. Through in-home tutoring, students can receive lessons from the comfort of their homes. If students prefer, they can also meet at a local library or community center. Students can learn more about and register to receive private tutoring in Mississauga Here.